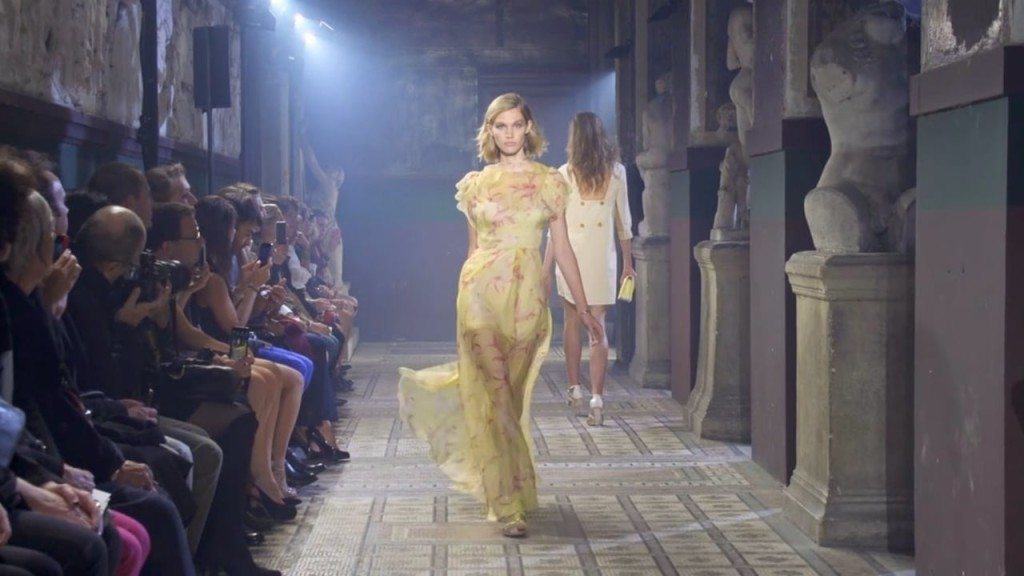 Most of my peers have found Snapchat inscrutable and, frankly, irrelevant to their lives. I felt that way too until my 15-year-old showed me how to use it, and I finally got the hang of it. I will never, ever be as proficient as a teen on this app, but I have been thoroughly enjoying following my fellow fashion bloggers and editors as they make their way through fashion month.

It’s the final week of the festivities, and we are in the glorious city of Paris. Well, some lucky people are, anyway. But you can feel like you’re in the front row at Chloe (my fave), Balmain, Ann Demulemeester and more, all while nestled under your duvet. No sore feet or exorbitant airfare necessary.

I’ve been inside the hotel rooms (even the bathrooms) of Chiara Ferragni of The Blonde Salad, Leandra Medine of Man Repeller and Anna Dello Russo. I witnessed Kanye West hug Olivier Rousteing after the Balmain show as seen through the eyes of Anna Dello Russo—at least Anna SAID it was Kanye, but he was shrouded in a white hood so I’m taking her word for it. Then I watched as she was flooded by photographers outside the show. I share (many) meals with the always-impossibly-hungry Aimee Song of Song of Style. I even watched as Anna Dello Russo changed outfits in her limousine. We are that close.

It’s all very voyeuristic in a reality TV kind of way and I highly recommend it. Here are my top 5 favorite Snapchatters to watch make their way through Paris Fashion Week. 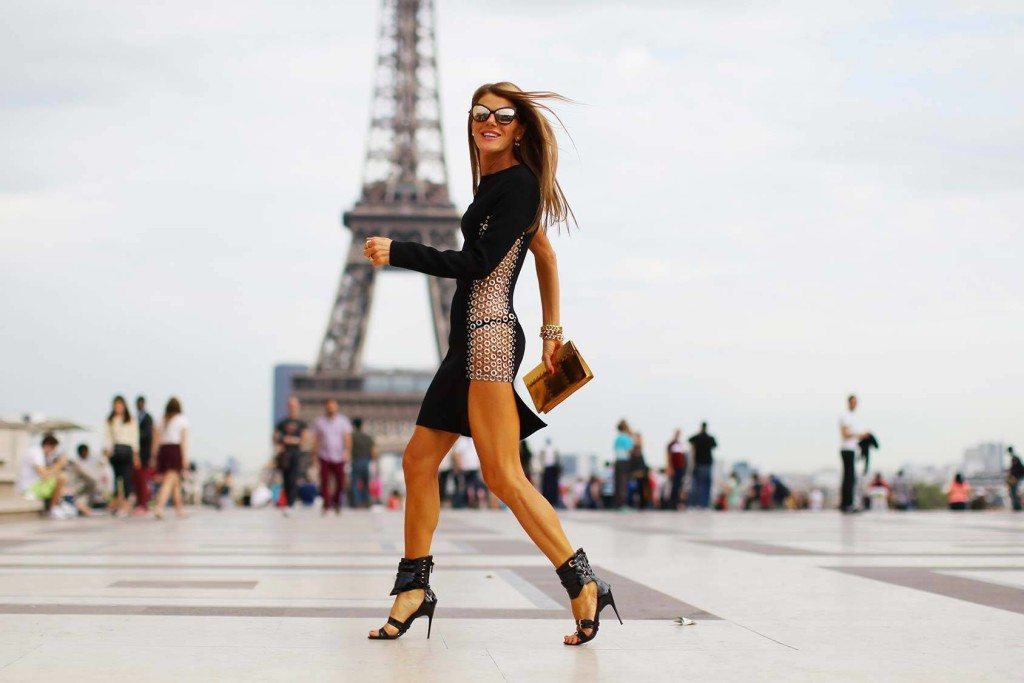 Here pure joy in dressing up is a wonderful thing to witness. She is an editor at large and creative consultant for Vogue Japan, but she’s famous for her outrageous street fashion. I love that she doesn’t seem to take anything too seriously, that she snapped herself changing outfit in back of her car during Milan Fashion Week (a nude silk slip was key for success), and that at 53 she shows no signs of “dressing for her age.” Don’t miss her twirl her way through Paris. (Photo via ADR) 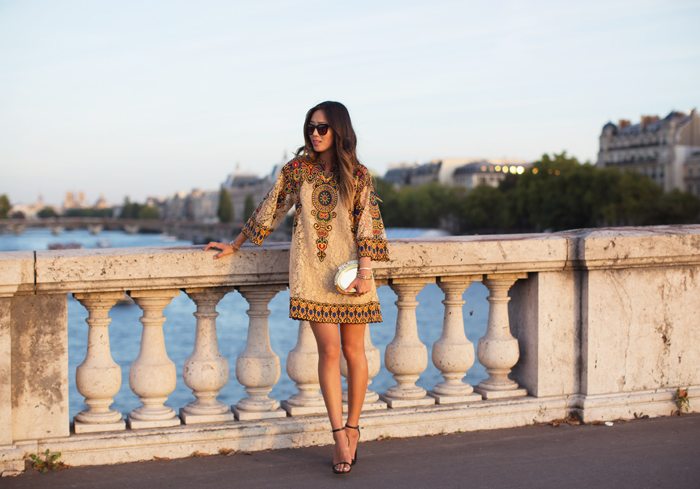 One thing about Aimee: that girl can eat! Watching her mange her way through New York and now Paris Fashion Week on Snapchat has been extremely entertaining and only a little bit infuriating, given my current detox diet situation. But she will also give you a front row seat to all the best shows, and is mega stylish, charming and adorable to boot. (Photo via Song of Style) 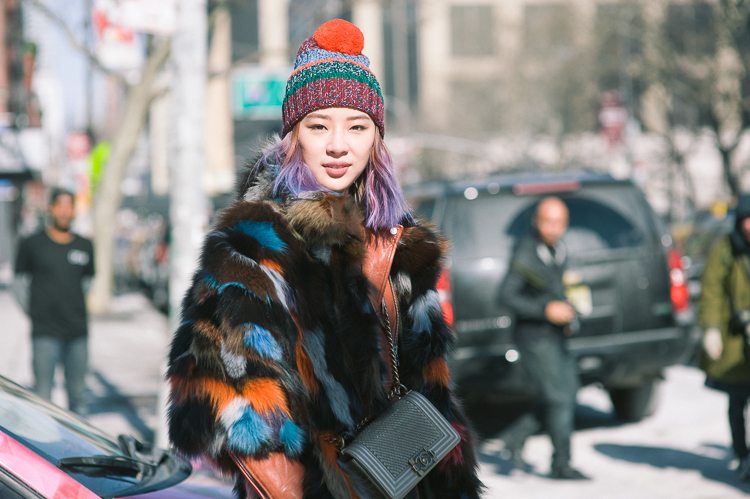 This Korean-American model and influencer has crazy-colored hair and doesn’t care. She was one of the first to adopt the pastel rainbow hair trend, and that says a lot about the free spirit that comes through on her Snapchat feed. Plus she’s in the front row everywhere from Dior to Rick Owens. (Photo via Korean Model) 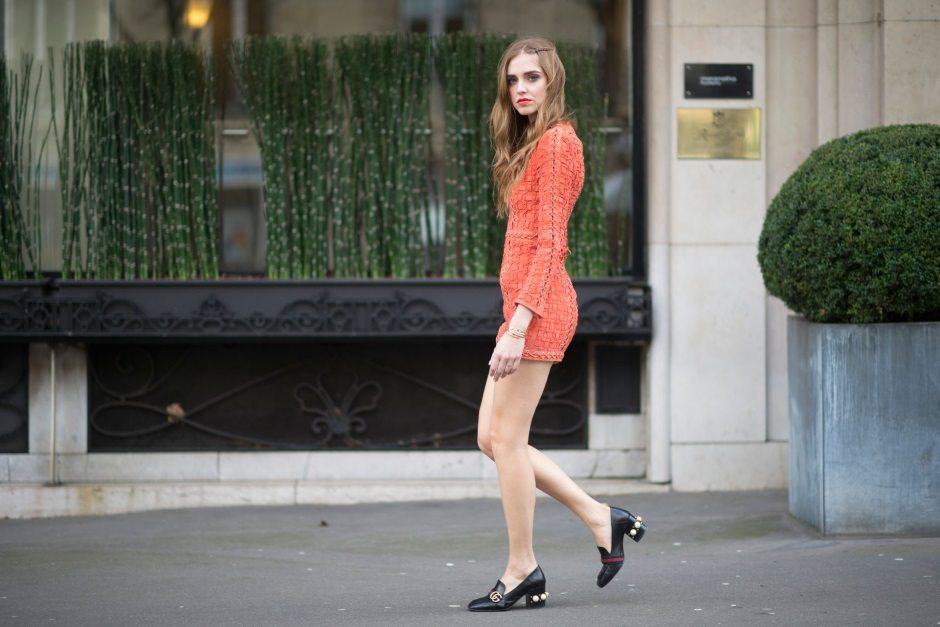 This young woman has created a swirling media machine around her name. It’s remarkable, considering she’s just 28-years-old and started her blog with ordinary outfit photos you might find on any old fashion blog. She’s got 5.2 million followers on Instagram, a profitable shoe line, and blog that’s updated at a dizzying pace. Her Snapchat is fun to watch because it captures the energy for self-love required to keep the machine running. (Photo via The Blonde Salad) 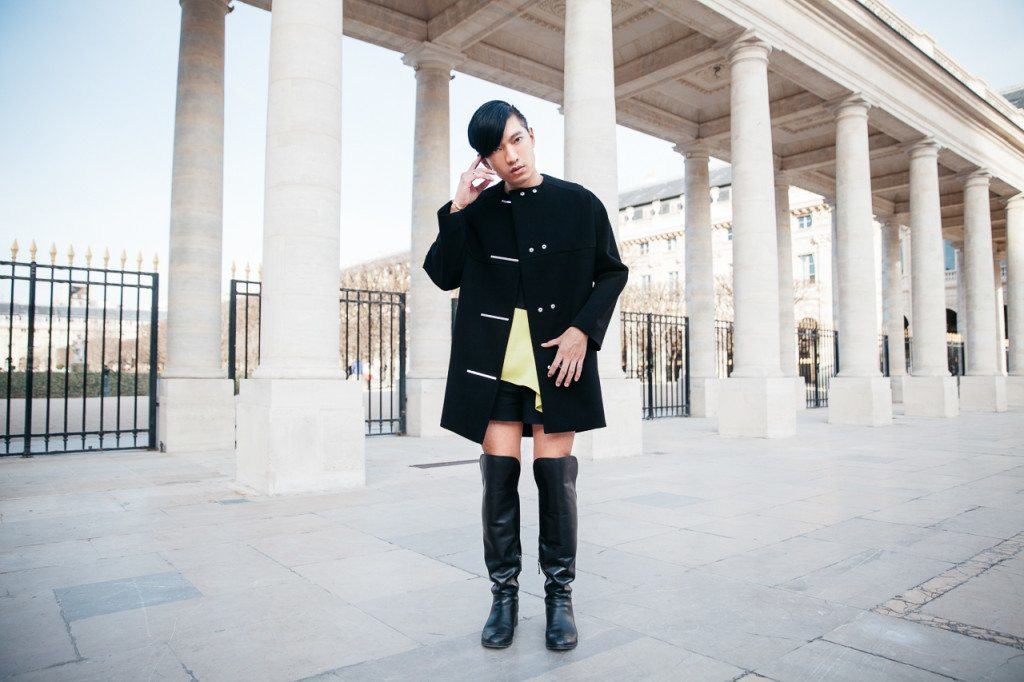 Example one of why I love his snaps: yesterday he complained that his husband would be joining him in Paris that evening. But he wasn’t complaining because he doesn’t love him, but because his spending would be closely monitored (I know this feeling well!), which he tried to explain in a string of snaps, which are limited to 10 seconds. This from the always perfectly coiffed and pouting blogger is just plain fun to get in on. (Photo via BryanBoy)

Who are your favorites to follow on Snapchat during fashion month? I’m always looking for new folks to stalk so hit me up in the comments! 😀