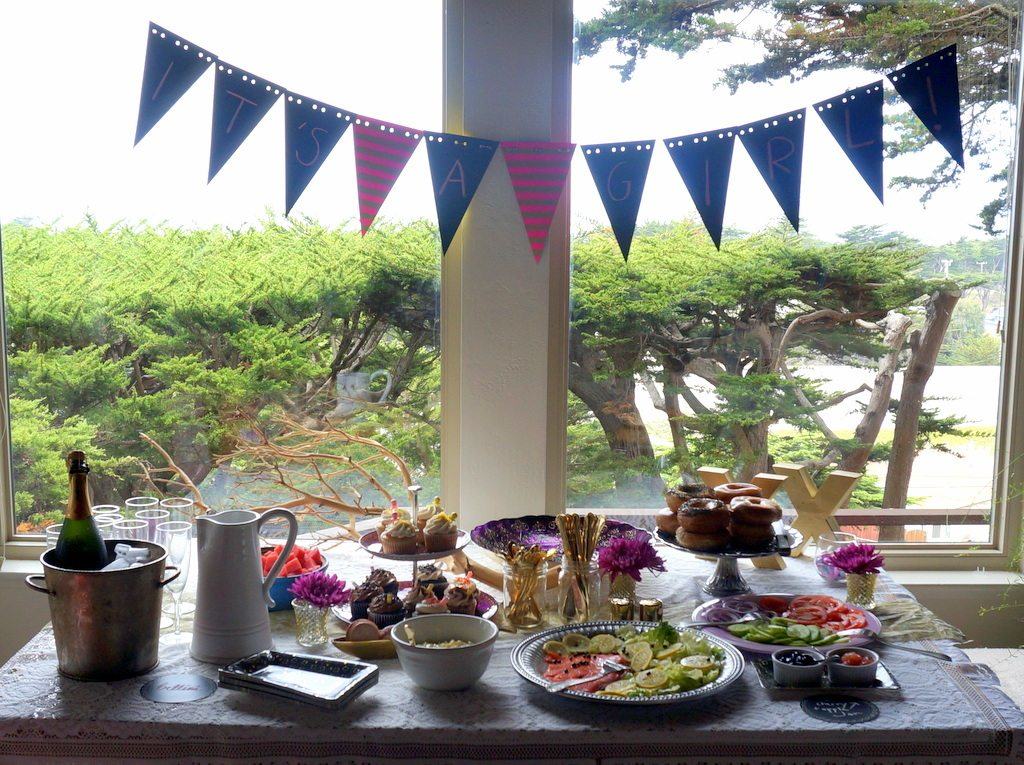 I found the banner at Target—you can write on it with chalk! I also made a last minute trip to Home Goods for the cupcake stand and a few other serving implements.

More and more women are getting pregnant in their late 30s and 40s, which means their friends—i.e. the folks you would invite to their baby shower—are probably also around that age. And that means they’ve seen a baby shower or two (or 25) in their lives. And let’s face it, many of us will try any credible excuse to lay on the couch and watch The Good Wife instead of attending our 26th shower. So when I volunteered to plan my friend Jen’s shower, those possibilities were top of mind. I wanted everyone celebrate a new little person (a girl woo!) coming into the world without being forced into uncomfortable situations.

Oh the other thing about this party? The co-founder of one of the best restaurants in the country was one of my guests. Have you been to State Bird? It’s the most creative, delicious food I’ve eaten in my entire life, and there was no way I was going to cook for that esteemed establishment’s co-creator. So I did a brunch where other people cooked almost everything: Bagels from the bagel shop (we made a special trip into the city for the good ones) with all the fixings, Kourosh made egg salad (not afraid!), we had jams made by his mom, and I picked up cupcakes from Pacificakes right down the road, which were delicious. I did bellinis for drinks and called it a day.

I also wanted to keep the activities short and sweet, so folks could feel free to leave after an hour or two, but could lounge around for longer if they so wished. I planned two games: 1. Bring a baby photo and we’ll all guess who it is. Whoever gets the most correct wins a prize! 2. Decorate baby onesies. I figured people could do it or not, but these ladies dove in without even a prompt from me (well except for that sign asking them to decorate onesies). So that seemed successful. Oh and the party favors were inexpensive and easy: ” title=”Baby Lips” target=”_blank”>Baby Lips by Maybelline.

I think it’s also a good idea to eliminate the gift opening or keep it to a minimum. Jen’s mom, sisters and aunt couldn’t make it to the shower, so we wanted to document her opening their gifts. And there was not mountain of gifts like there sometimes can be, so the opening of them was fun rather than energy-sucking and tedious.

I’m pretty sure no one was too annoyed. And really what more can you ask for from a baby shower? 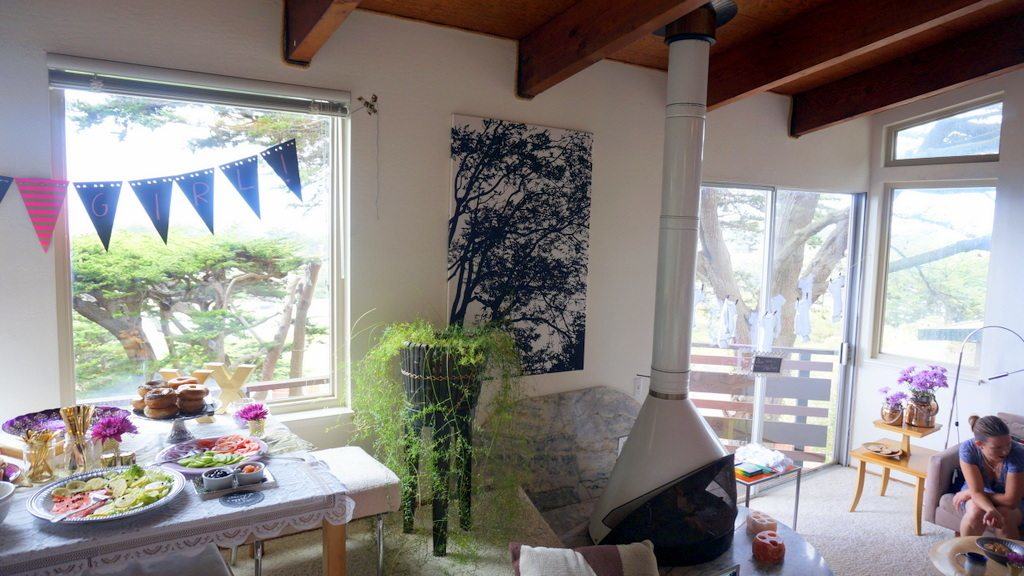 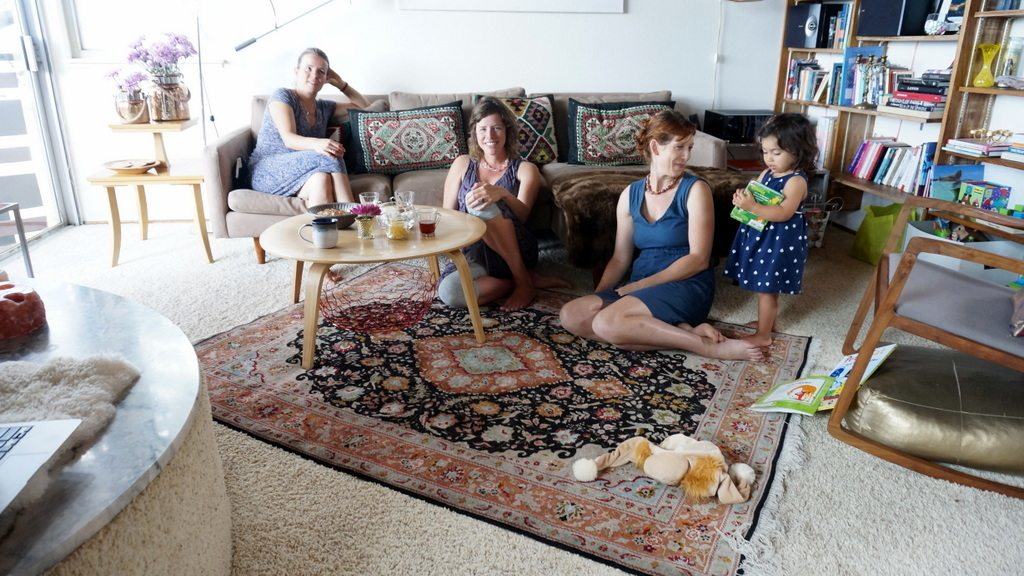 Kourosh took Frida to a birthday party so we could have adult baby shower times. 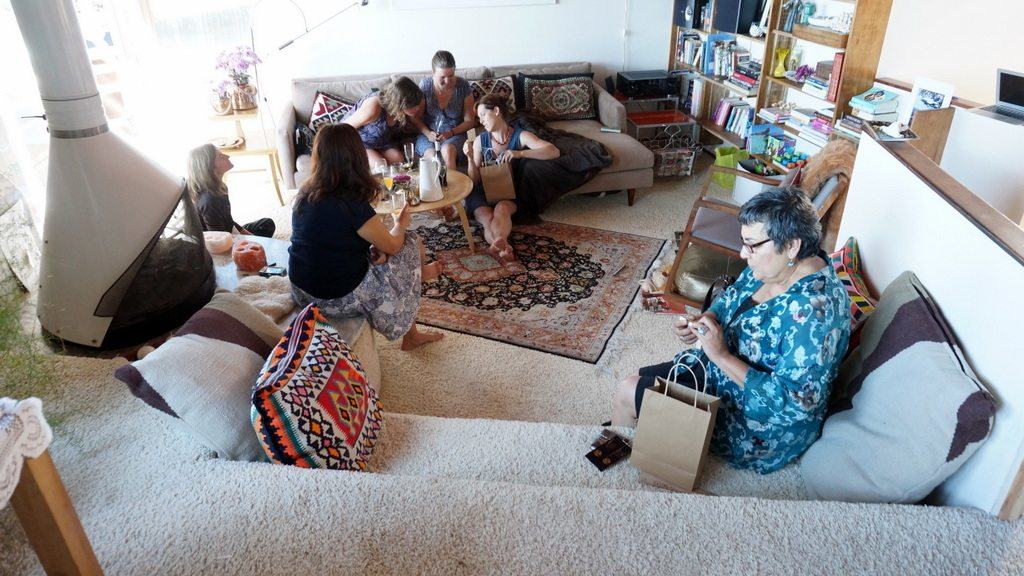 The winners check out their prizes on the shag. 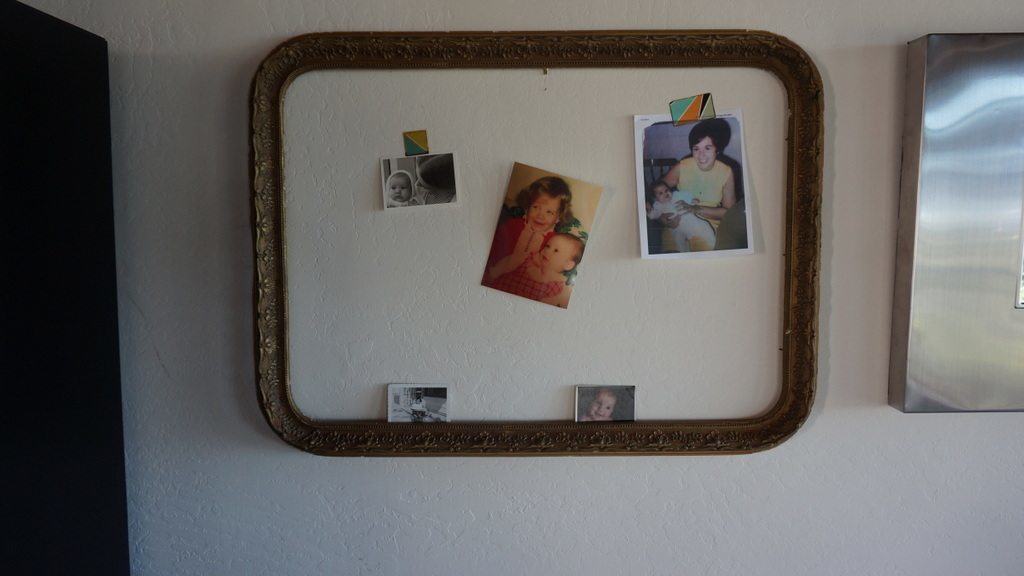 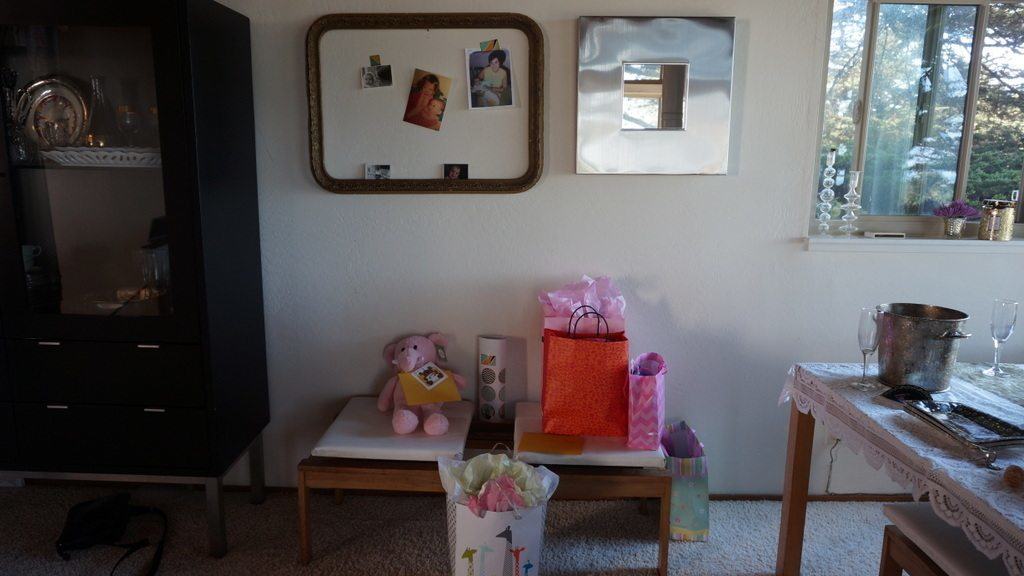 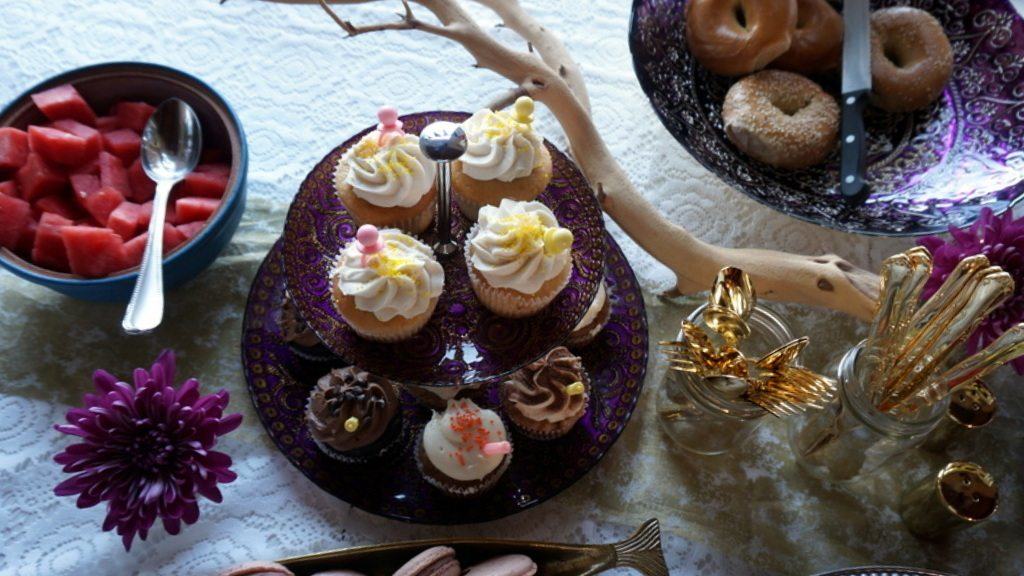 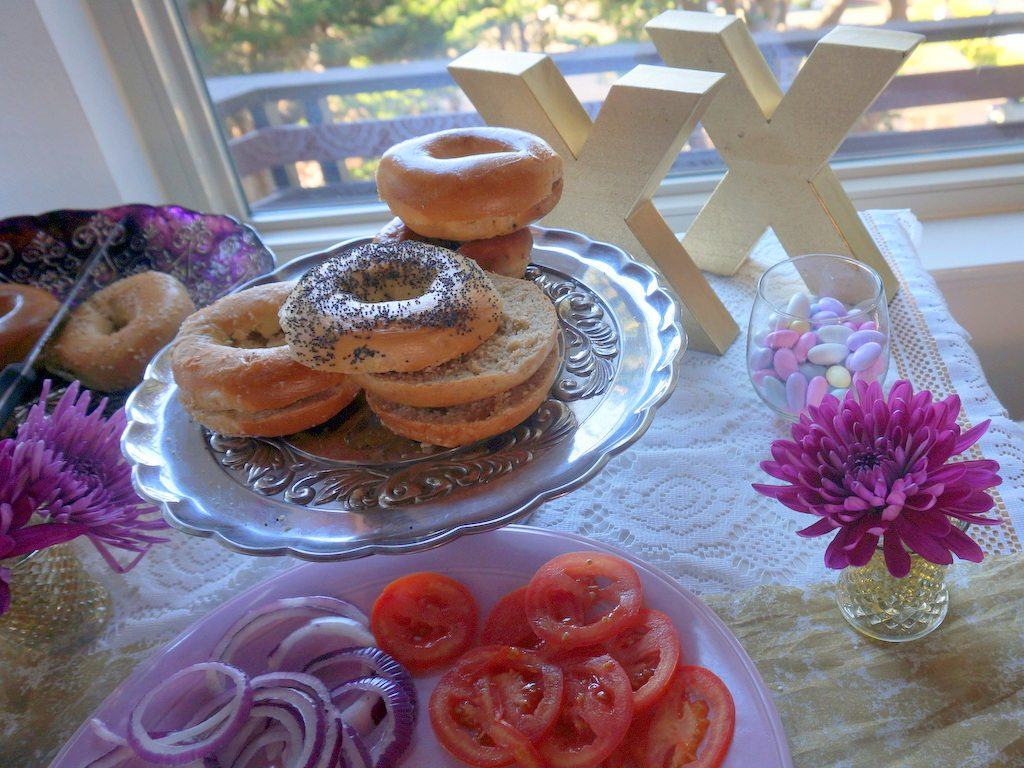 Bagels from House of Bagels in SF. In the end they were not my favorite but we’re not in New York. The x’s called to me across target! I guess it’s the science writer in me. They were the only two letters left; I spray-painted them gold. 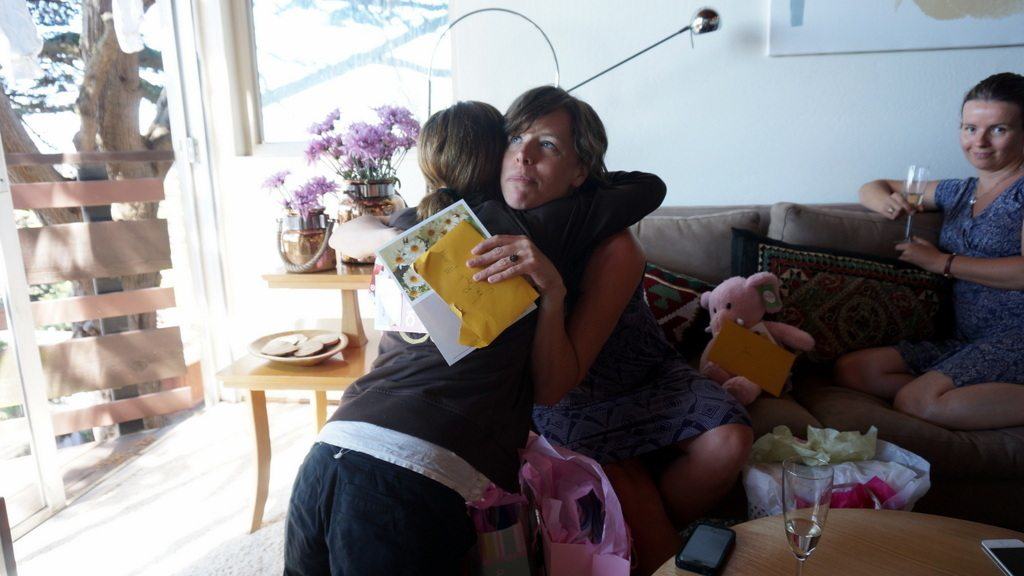 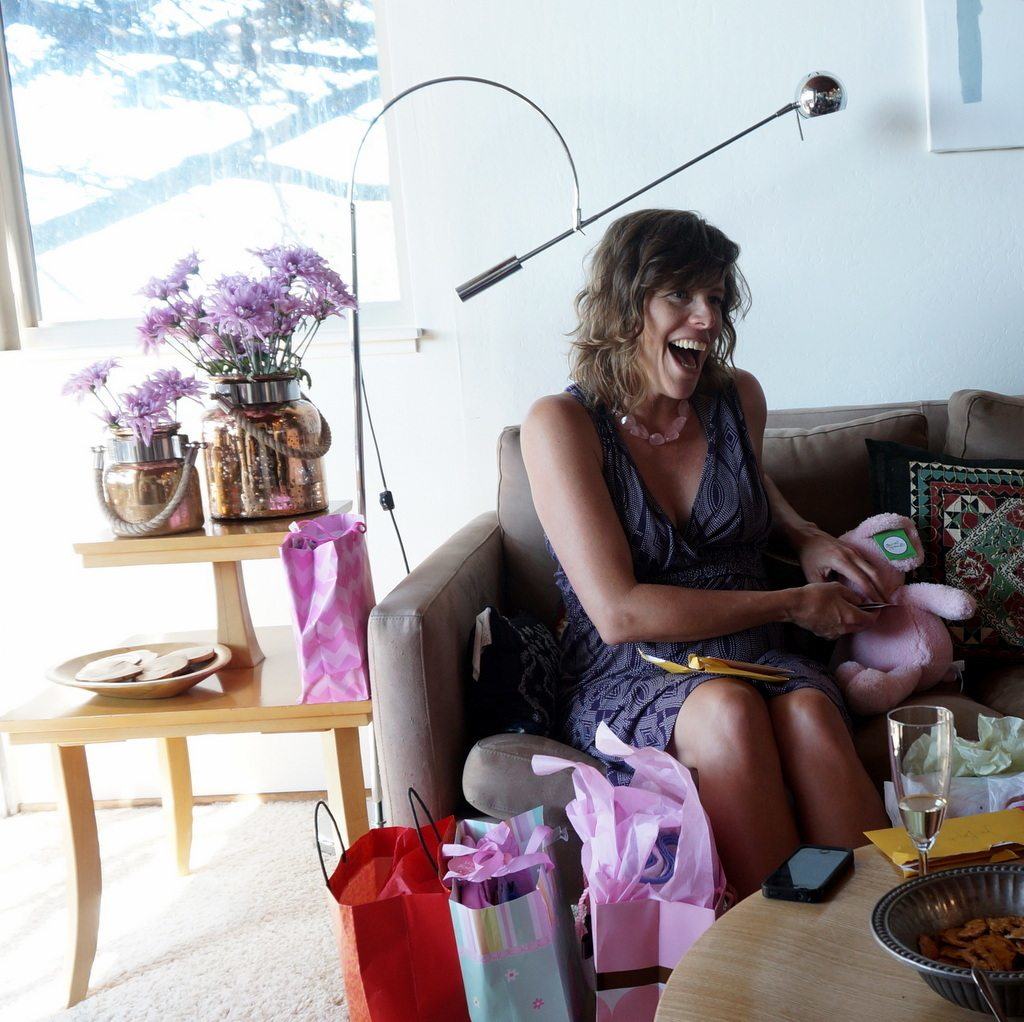 The (pregnant) woman of the hour. 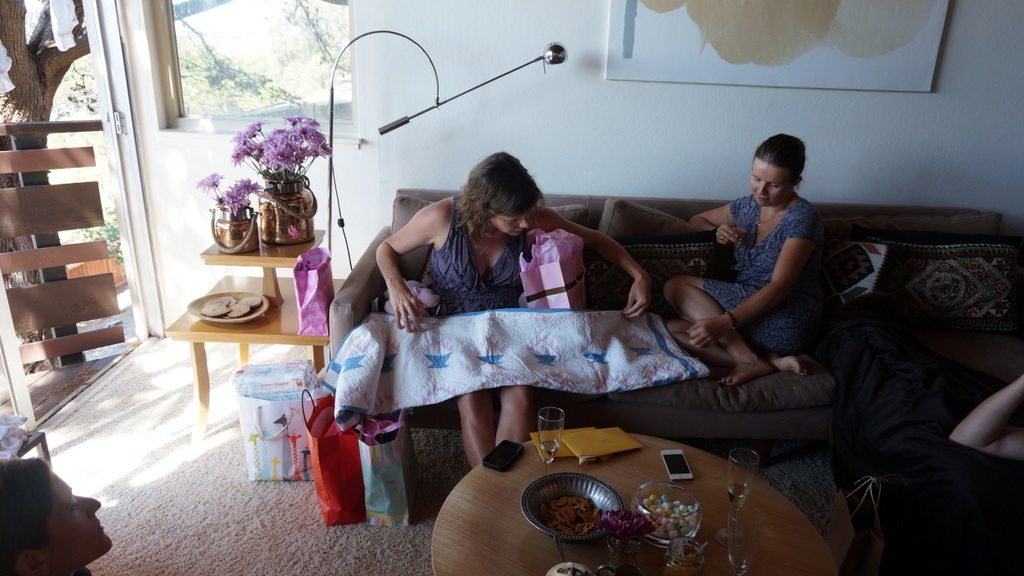 A quilt from her mom. 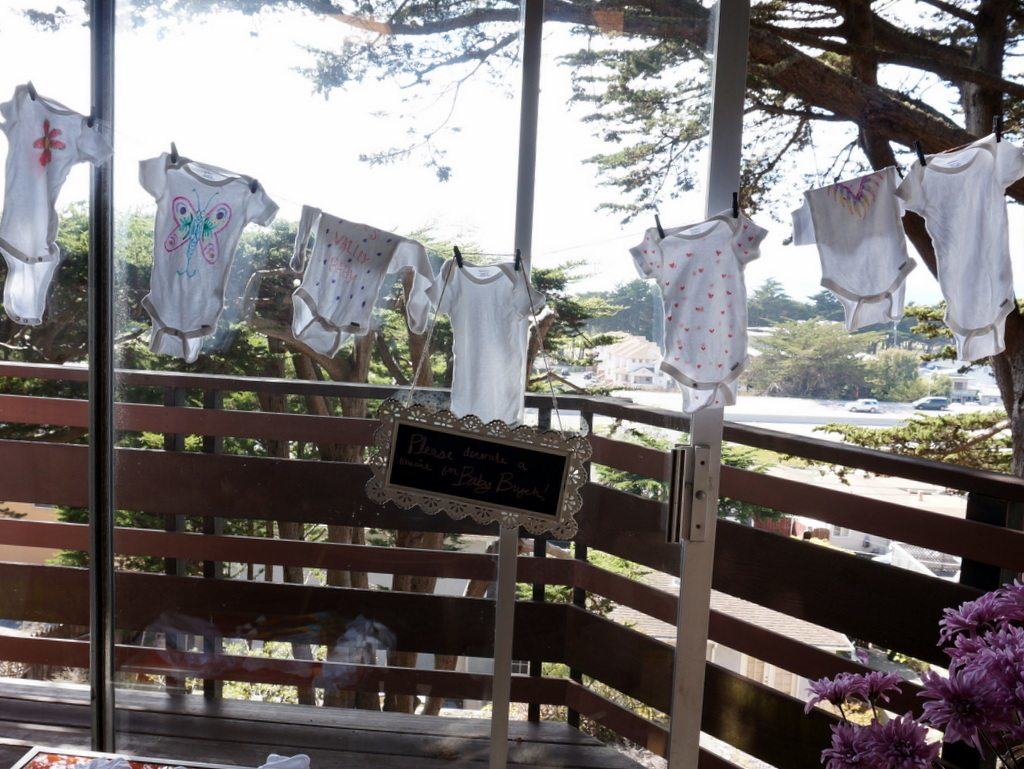 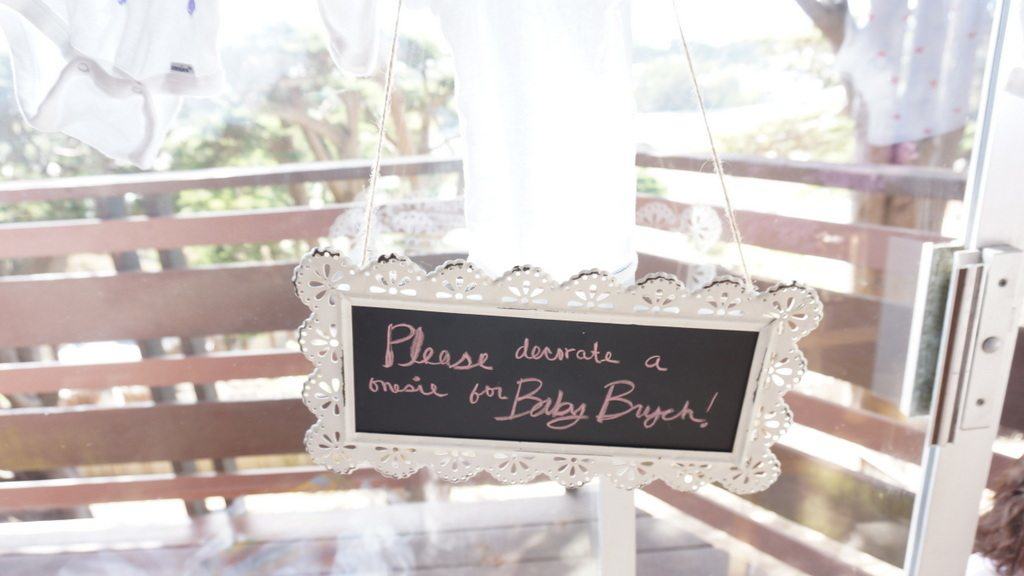 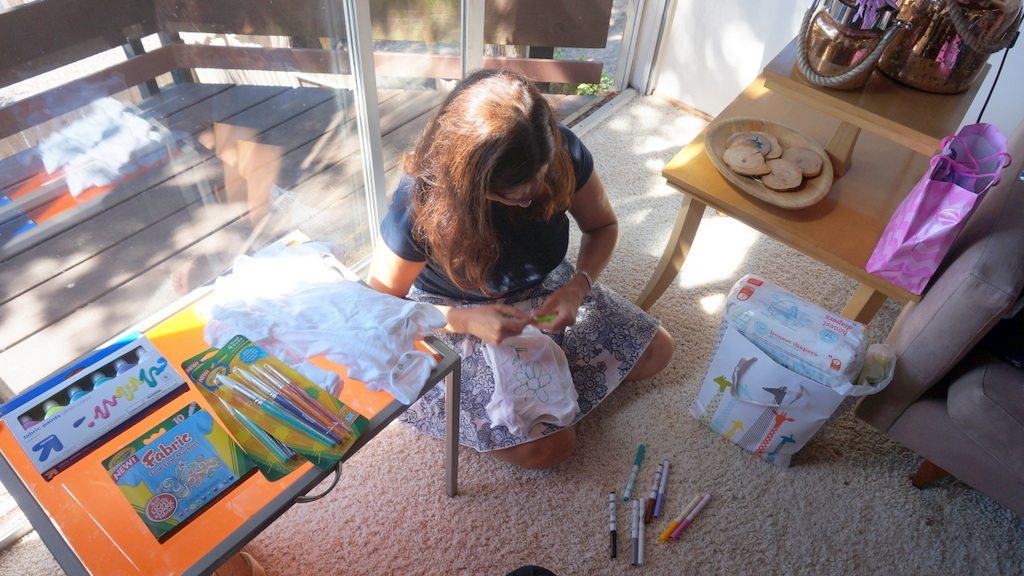 These ladies dove in on their own. Go onesie-makers! 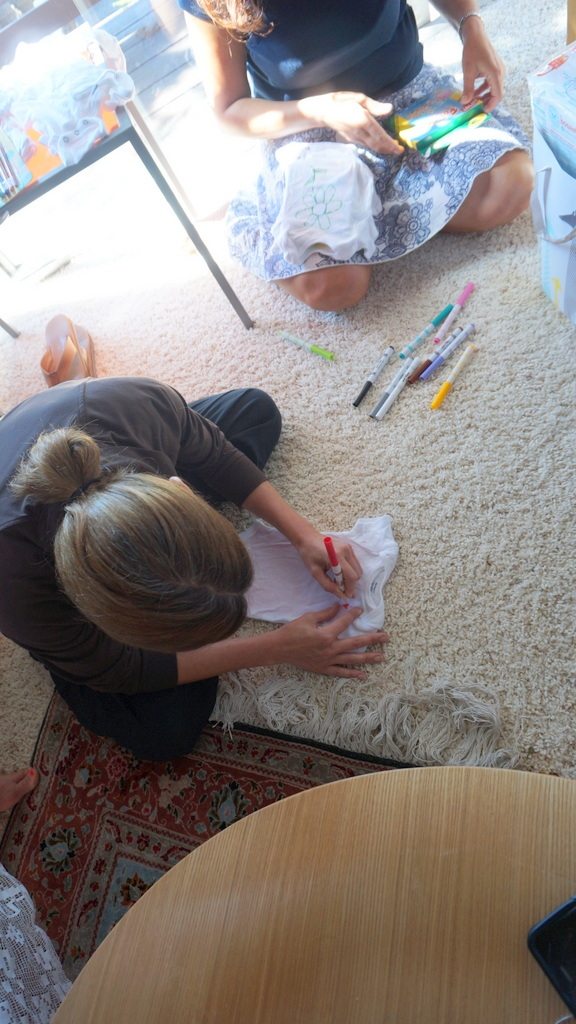 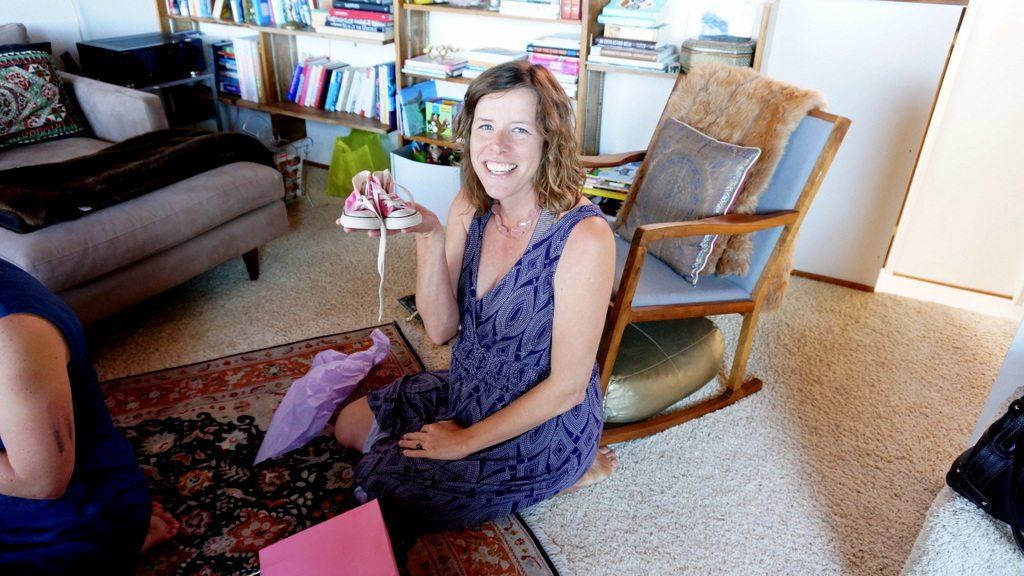 I handed down Frida’s Chucks 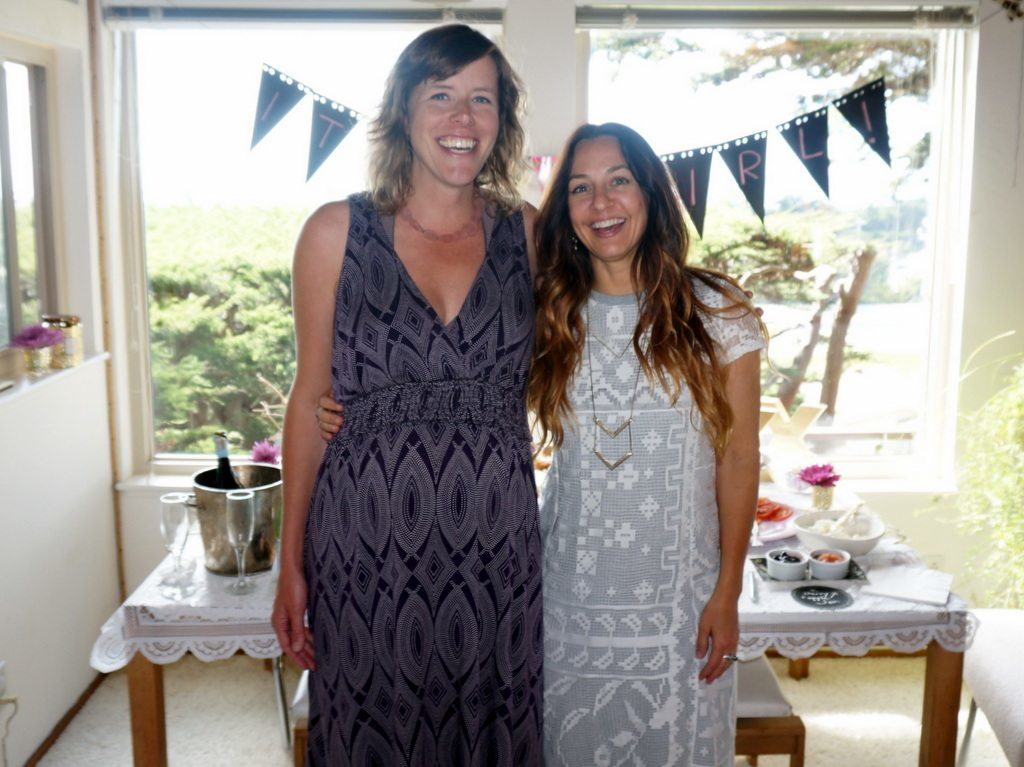 Love this girl—we’ve been buds since the ’90s! 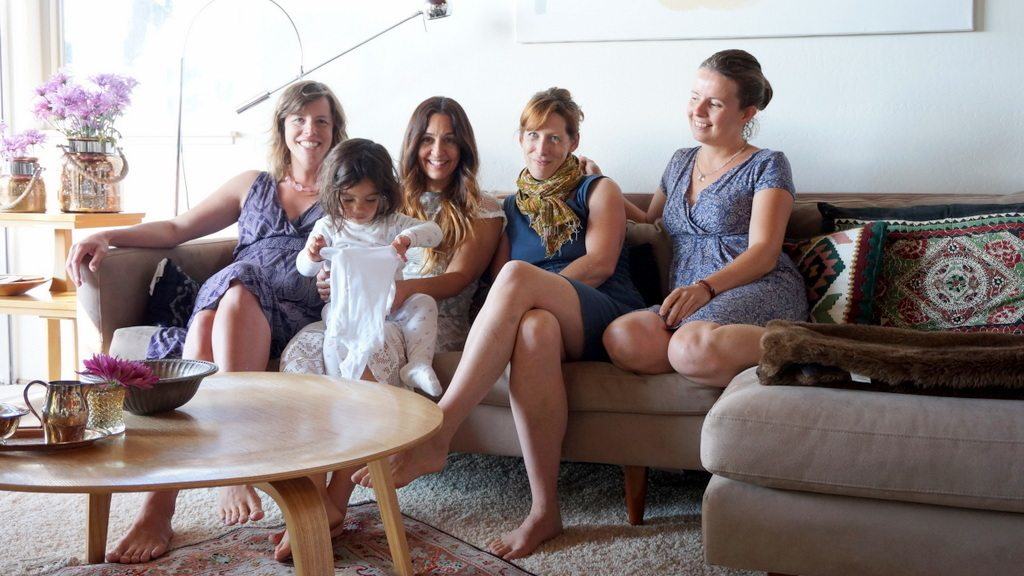 Eventually Frida’s birthday party was over, and Kourosh made an unsuccessful attempt to get her to nap. 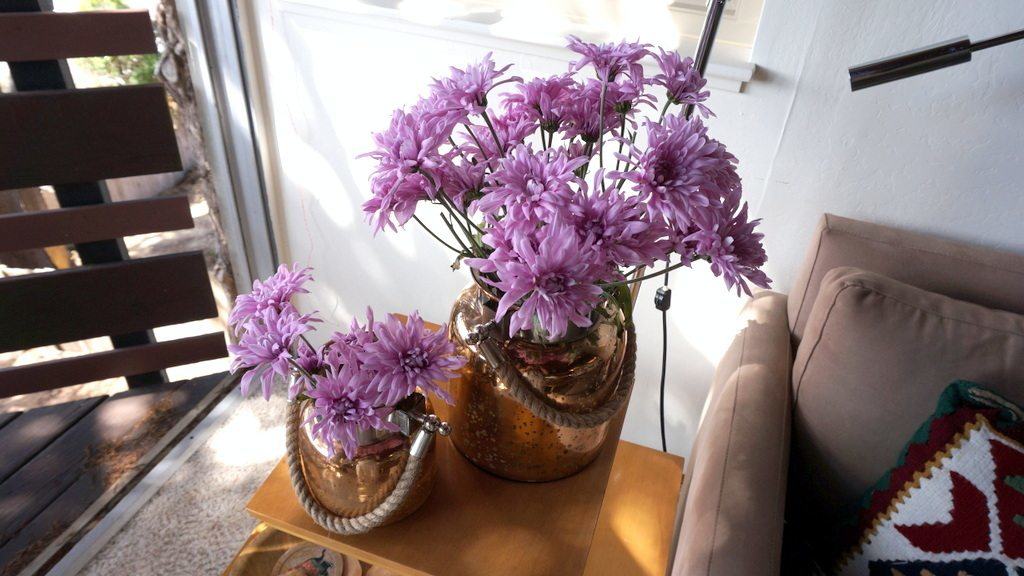 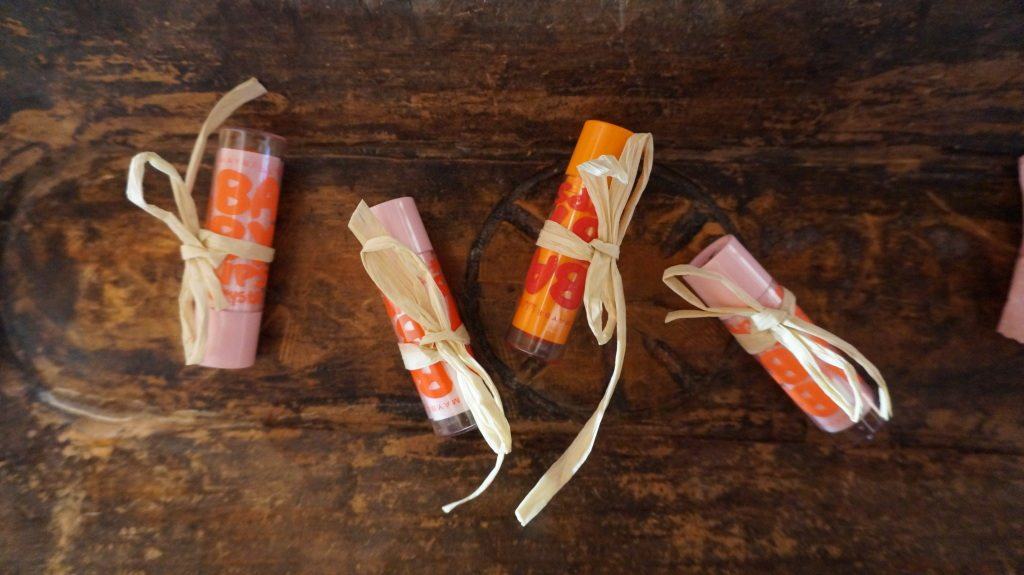