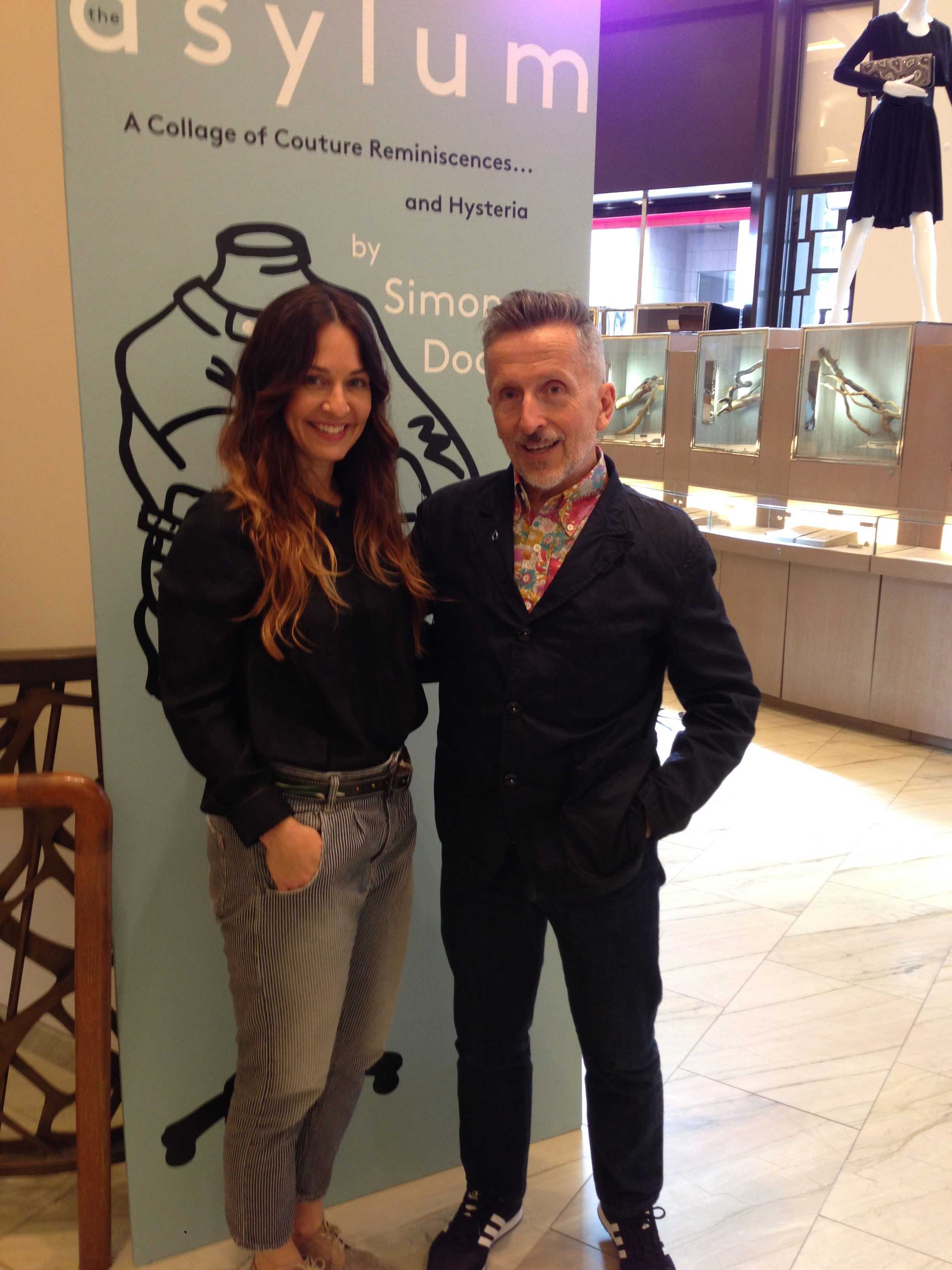 Simon Doonan and Me

Simon Doonan was in town recently to promote his new book The Asylum: A Collage of Couture Reminiscences… and Hysteria, and I had an appointment to interview him at 2:30pm, ahead of his signing at Barneys at 3 pm. I needed to brush up on him—I knew he’d been a window dresser at Barneys and worked his way up the ranks there, and that he was a snappy dresser himself, but I needed to learn more to do an intelligent interview. So I Googled him (naturally), and came across an excerpt from the book at Slate about Kate Moss. It turned out to be the perfect read before the interview for its extensive discussion about the plusses of being from a “crap town.” He’s from Reading, outside of London, and he writes that Kate Moss is from an equally crap town in a different area outside London, as was the photographer who’s responsible for making Moss a household name. 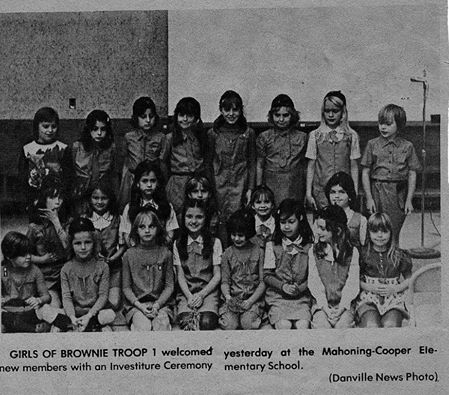 It made the paper in my hometown when the brownie troop got new members. I’m in the middle row, third from the left.

I’m not going to call my hometown (Danville, PA) a crap town, because it’s actually a lovely place that gave me a good childhood. But I couldn’t help but think of growing up there as Doonan juxtaposed his early life in the London fashion world with his youth in a working class town. He even calls out my mom’s hometown, Scranton, by name. I told him my family lived there and when I told him I was from an even smaller, more remote town, he said: “Oh, you’re sub-Scranton!” These places are important, he says, because the unslick, unpolished places are where kids learn they have to do more than toss the ball to get a ribbon, they actually have to score. It’s where kids take the bus to school, it dumps snow in the winter and no one knows what a Prabal Gurung is. The world needs people to grow up in these places to keep things interesting.

The end of the Kate Moss article, which I highly recommend reading in its entirety, illustrates the point:

Simply put, if the idiosyncratic freaksters from the backwoods are elbowed out of the way by the kids of the famous from Knightsbridge and Brentwood, then fashion will shrivel and die.

Beware of privileging the privileged. Keep the door open to the self-invented superfreaks from the crap towns. This is the only way to keep fashion vital and creative. Thanks awfully.

Replace “Knightsbridge and Brentwood” with Hollywood or the Upper East Side and you have the American Version. For my part, I’m happy to be finding my place, small though it may be, in this world. 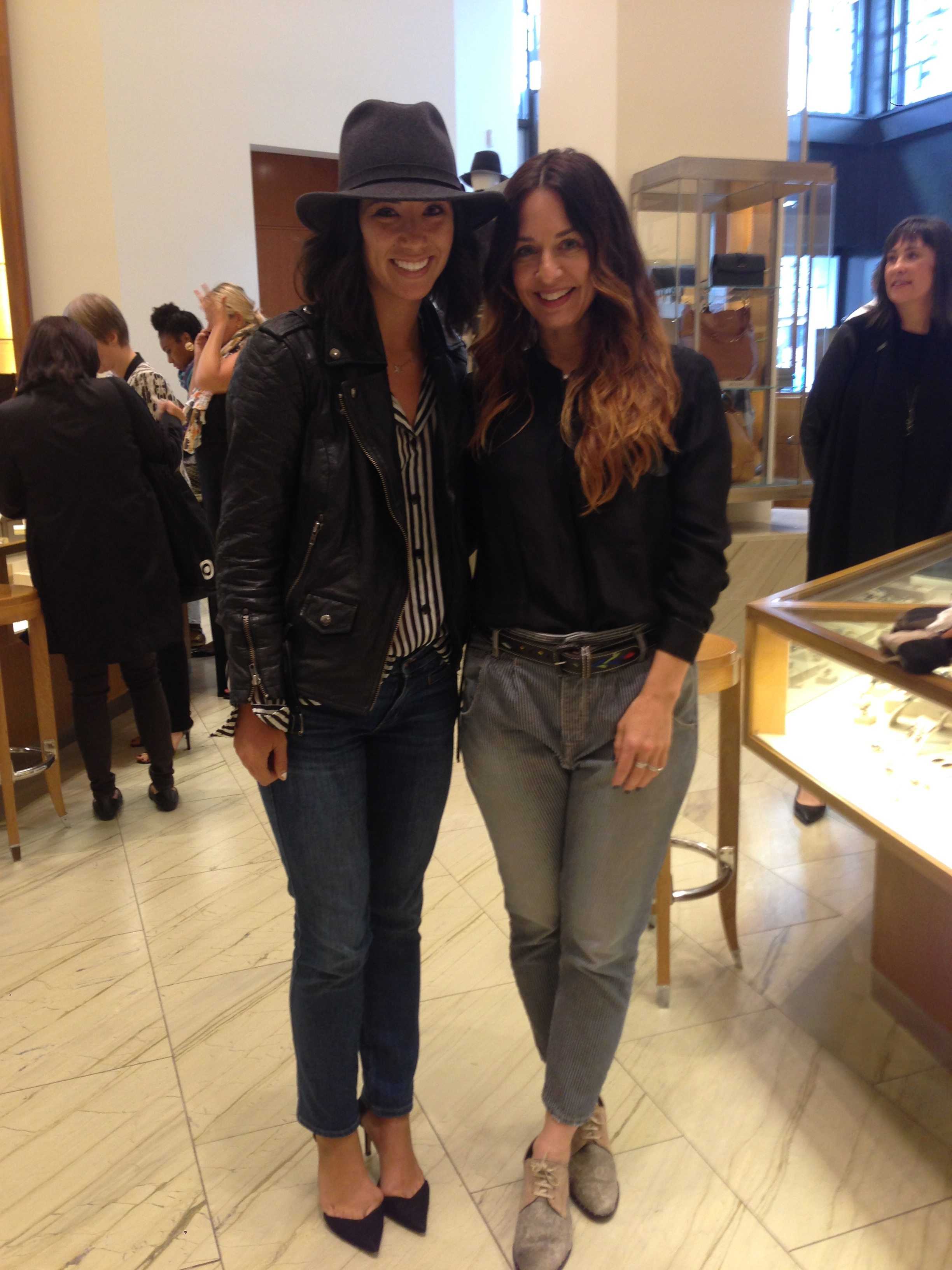 Krystal Bick (who’s from Reno) of This Time Tomorrow and me at the book signing at the SF Barneys.