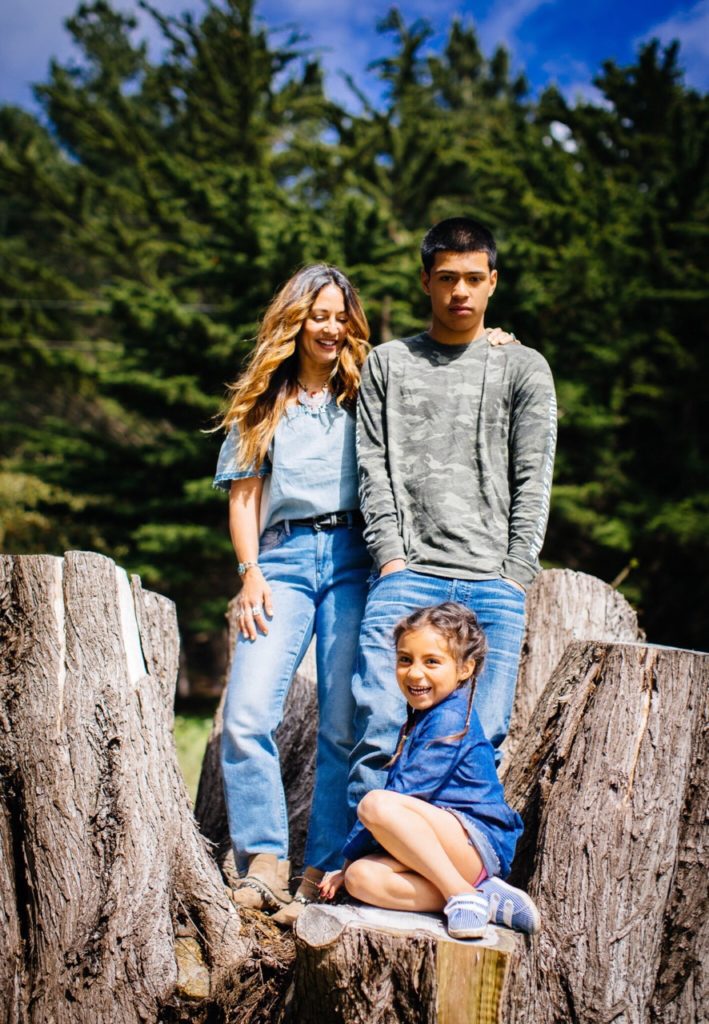 In addition to this blog, I also write a denim blog. Naturally, this means our 16-year-old son intermittently asks when I’m going to collaborate with True Religion jeans. I told him probably never because everyone knows True Religion is for rappers. It’s a great look for 2 Chains, but their marketing team probably isn’t looking for a 40+ hippie mom of two.

And then, lo and behold, True Religion called (emailed actually). They were doling out denim to a few lucky bloggers, whad’ya know. And I was pleasantly surprised to find that the brand’s offerings were much broader than I had given them credit for.

Next thing I knew, the whole family (sans husband, who would not be convinced) was decked out in True Religion. How unexpected.

Here we are, frolicking in our jeans in our overgrown backyard. Even my off-shoulder top is by the brand, and I like that it can be worn tucked in or out. The jeans (sold out, similar here) also have some versatility in that you can wear them pulled up for a higher waist, or more relaxed around the hips for a slouchy boyfriend look. And aren’t the multicolored buttons, embroidery and raw hem of Frida’s dress adorable?

Note: This little girl suspended her usually-intense fear of bugs on this day to play with  unlucky roly poly (scientific name: Armadillidiidae. The process of rolling themselves into a ball is called conglobation, thought you might like to know if you didn’t already). Scroll down for a look at the poor thing plus outfit details. 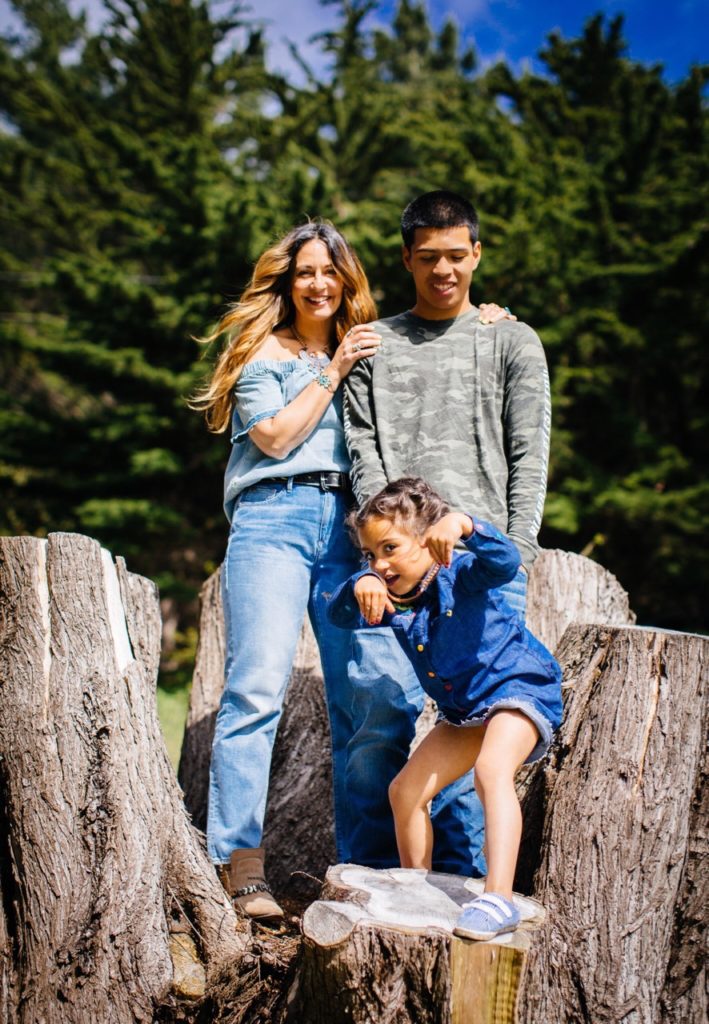 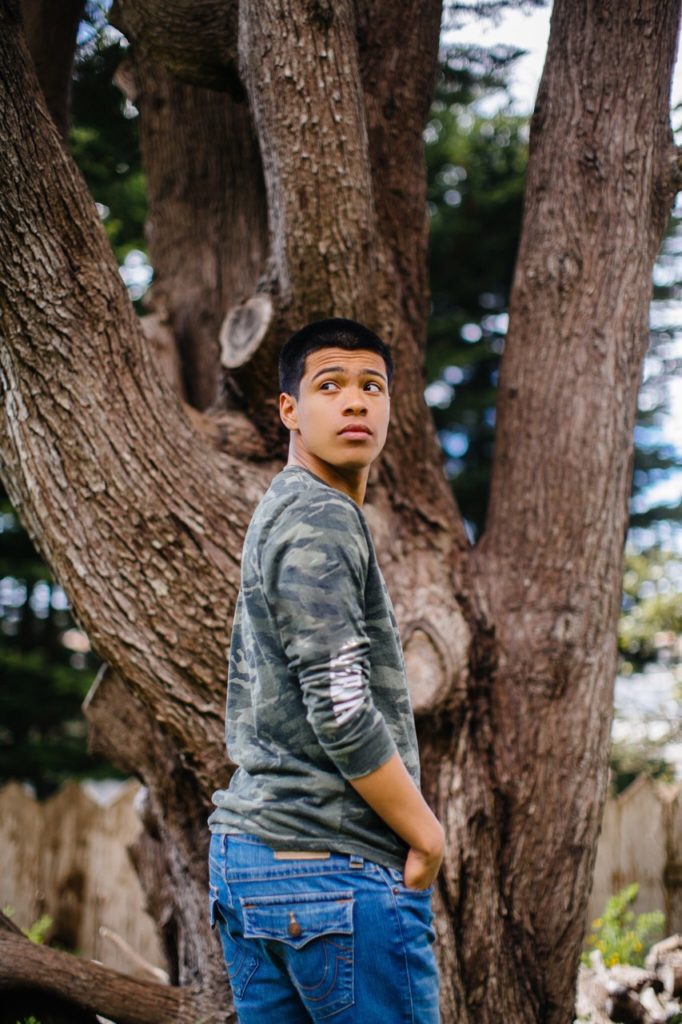 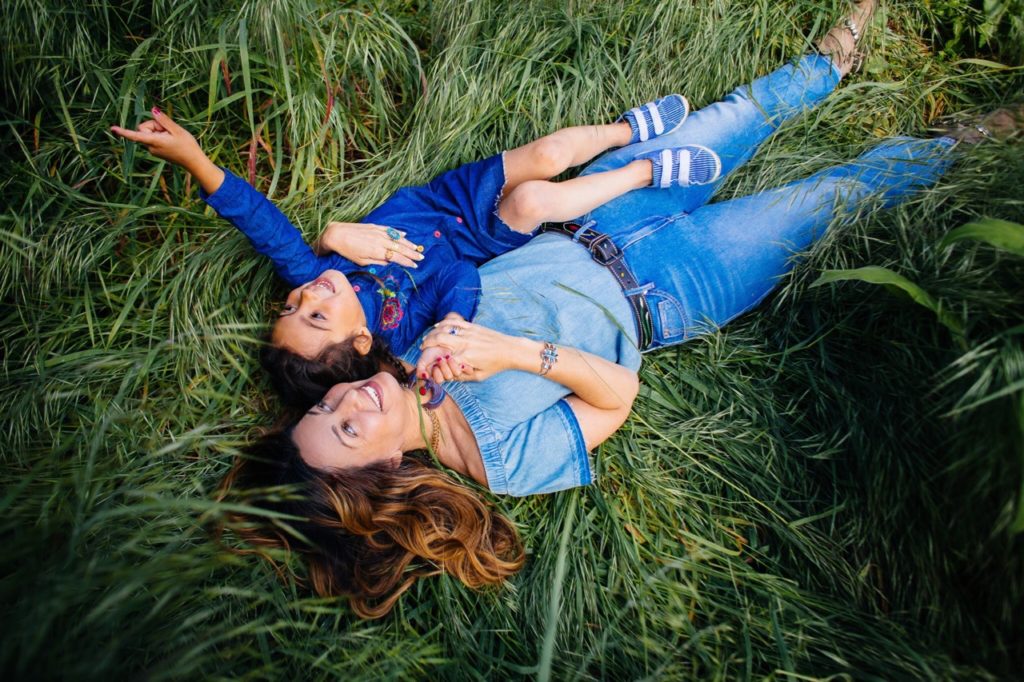 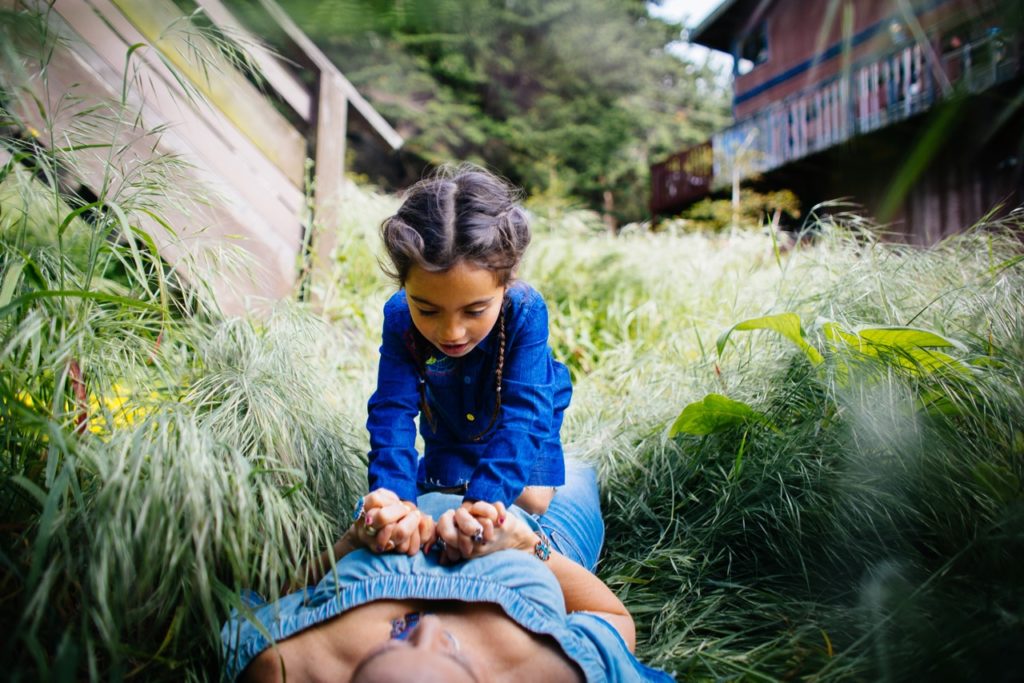 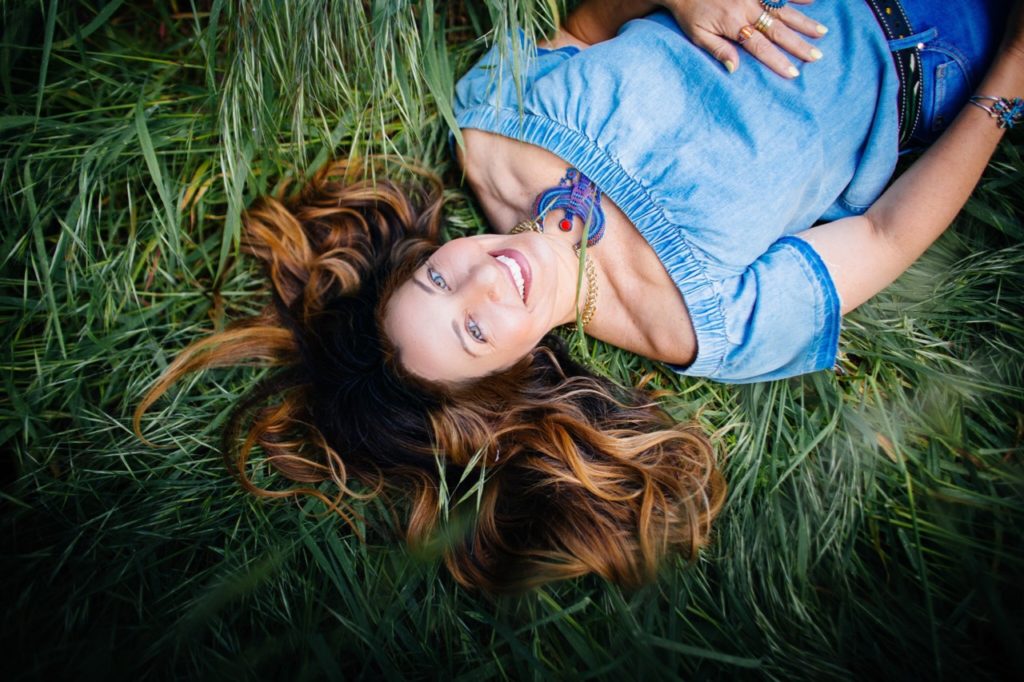 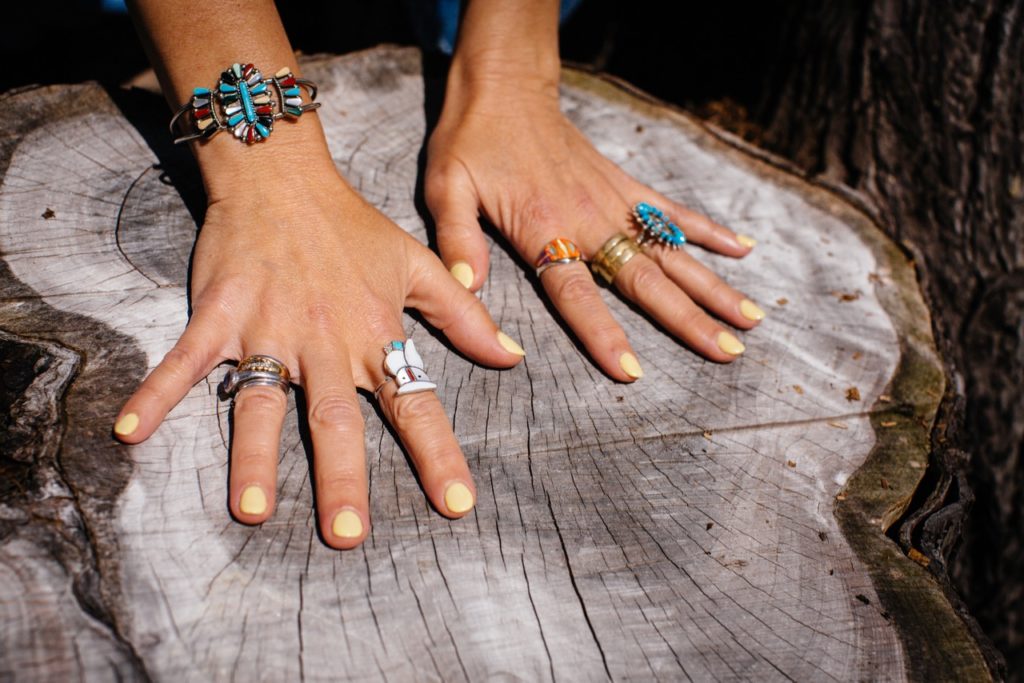 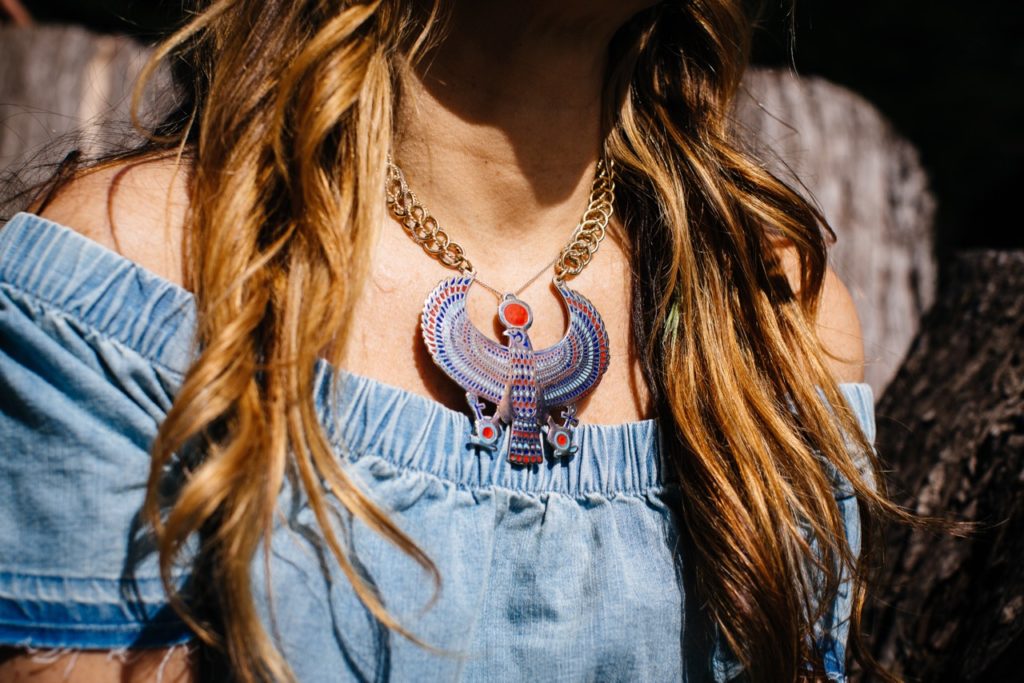 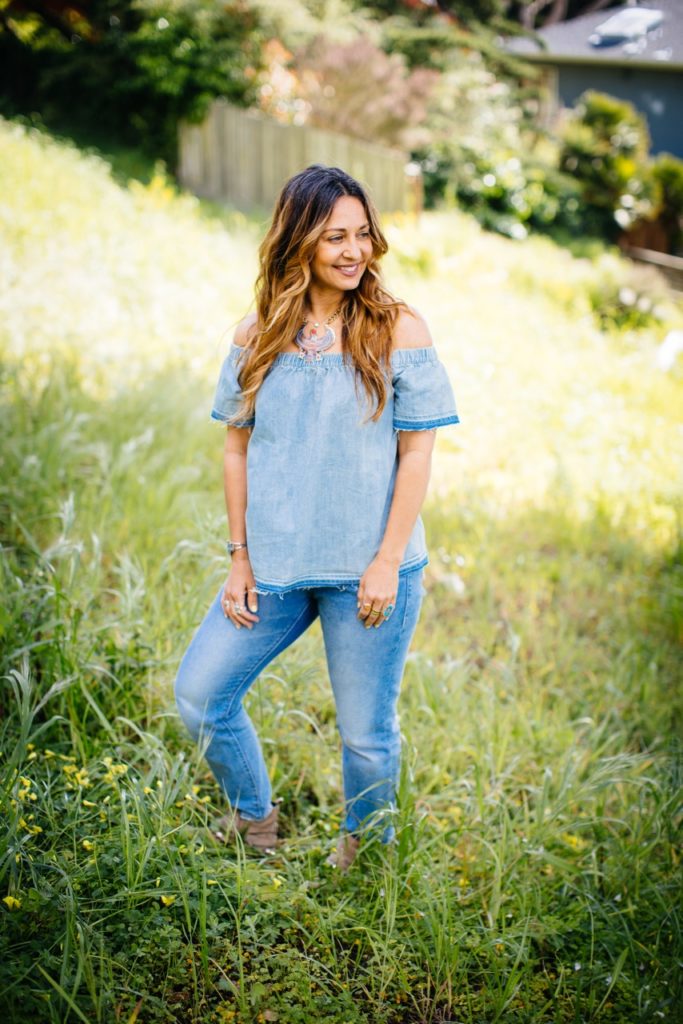 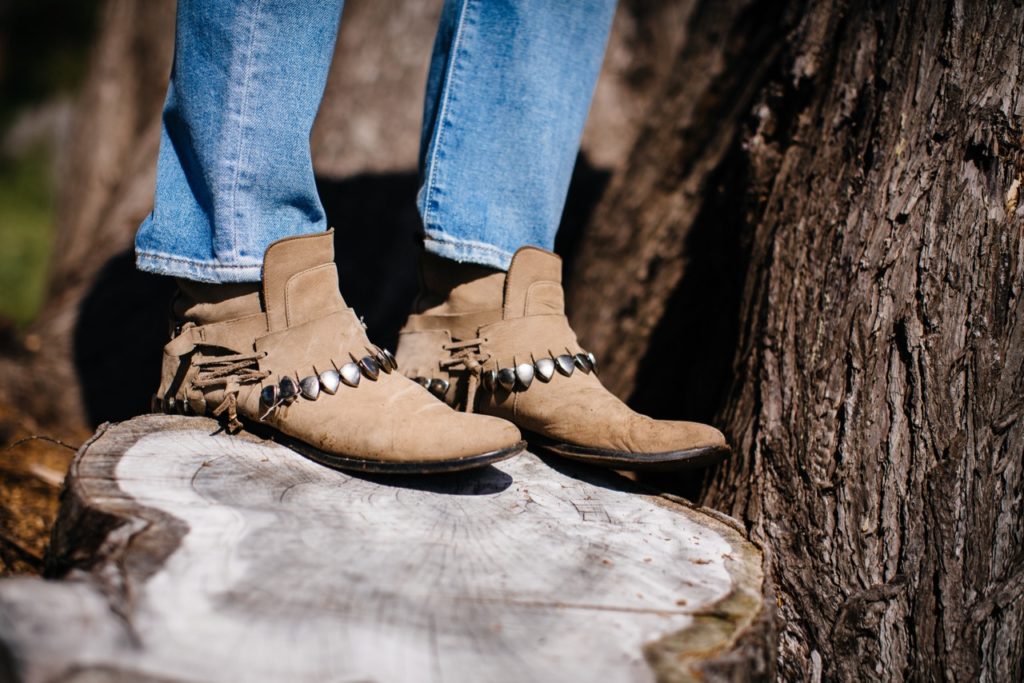 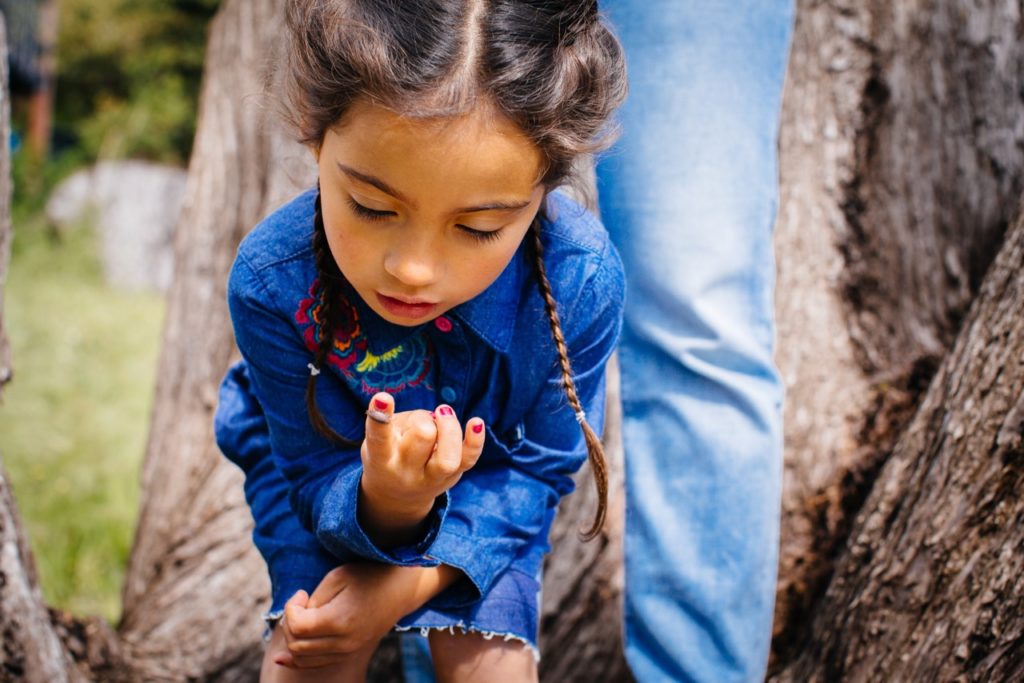 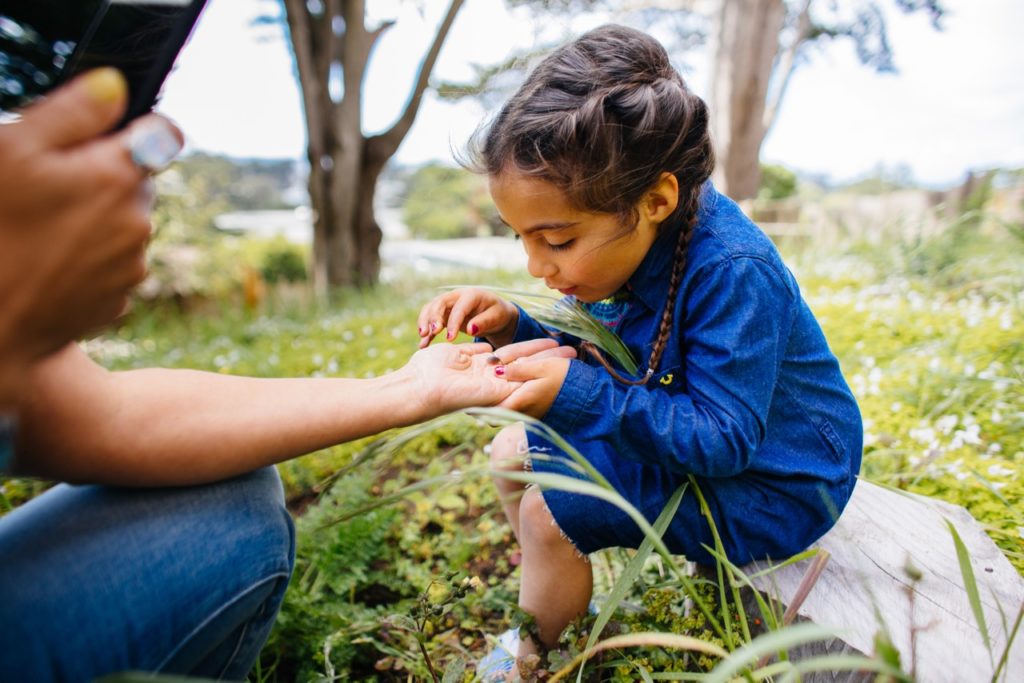 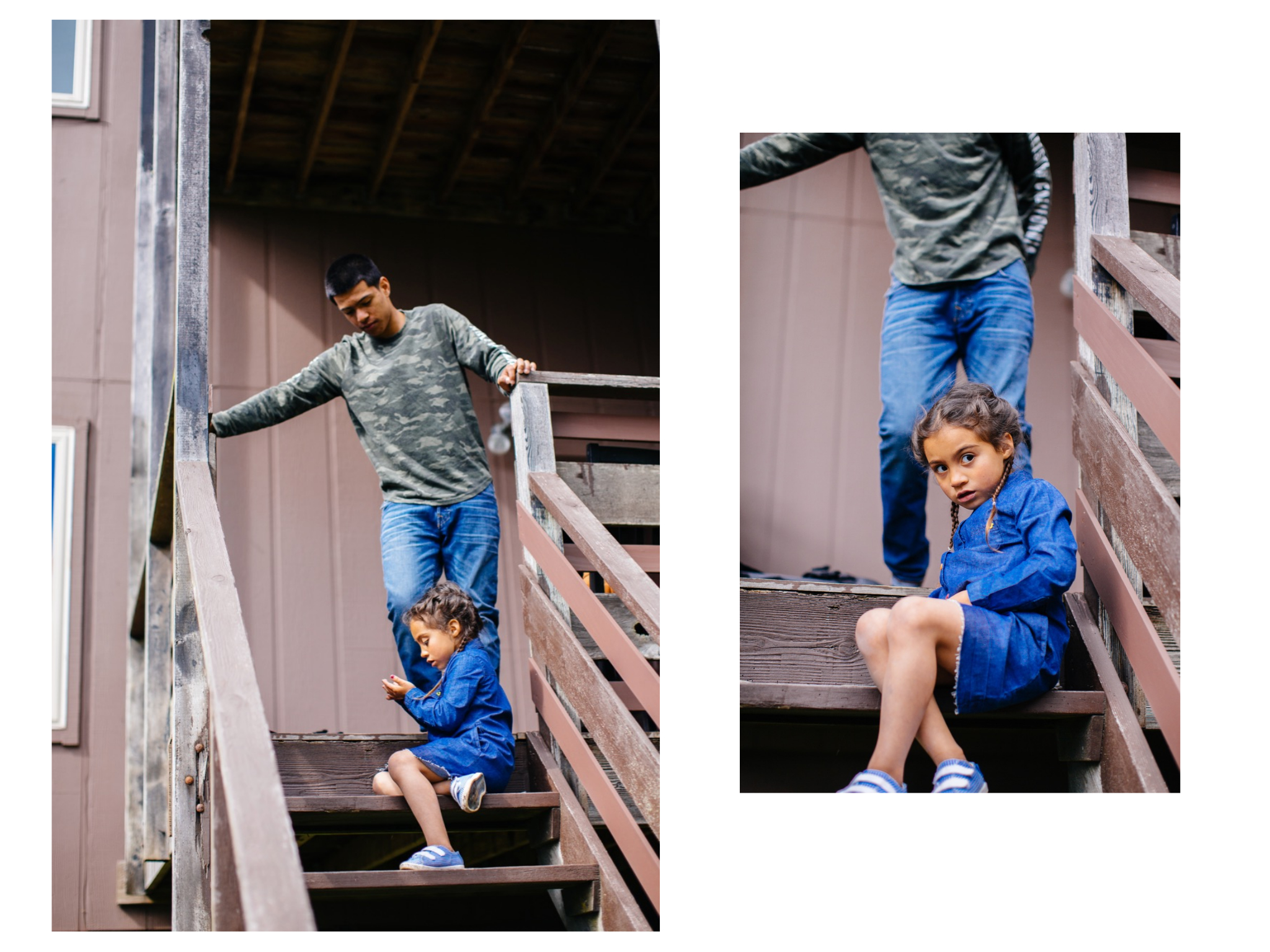 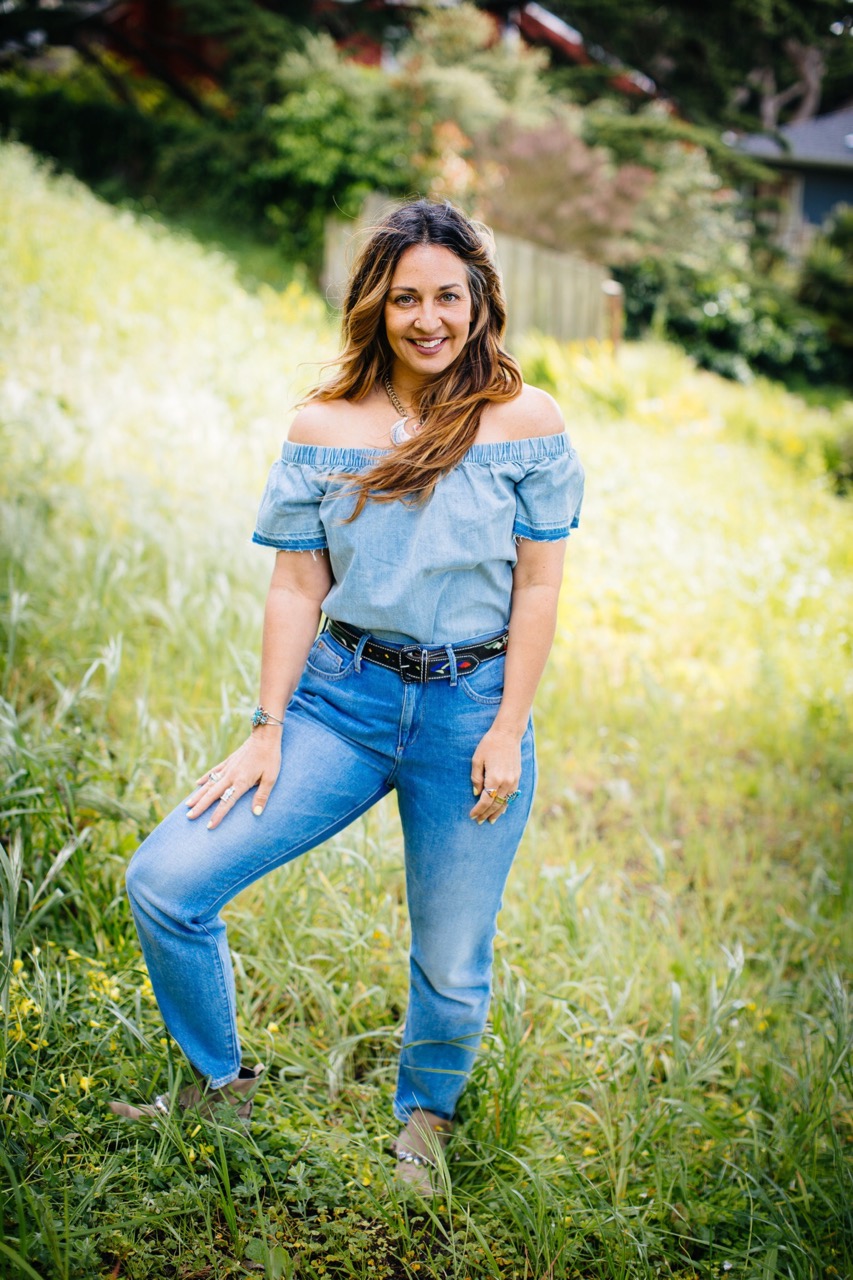